Sixteen years ago today, in the midst of an economic collapse, I officially launched SunStream Consulting. 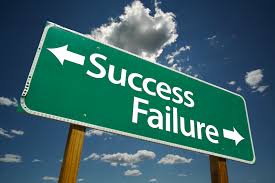 Remember when the dot-com bubble burst? Yes, THAT’S when I launched my business.

Actually, the dot-com bubble hadn’t just burst – it had completely imploded – taking with it the majority of public dot-com companies as well as trillions of dollars of investment capital. Internet startups that had once seen IPO stock prices triple and quadruple in one day suddenly collapsed like death stars.

Despite multiple “downsizings,” the 200-person order management company where I had worked until early 2001 did not survive. (It seems bankrupt dot-com companies no longer required help managing their non-existent orders.)

Hundreds of companies were here one day and gone the next.

It was a tumultuous time in business to say the least.

And so, I decided the only thing to do at such a time was to finally set out and launch the sales consulting business I had always dreamt of.

But why then, during such a difficult business climate?

The answer was simply, “Why NOT?”

So, in early 2001, while they were auctioning off the last of the order management company’s bean bag chairs (literally!), I TOOK ACTION. I began taking the steps required to start my business.

I had no idea what I was doing, really. But, I BEGAN. I took the first step, and then another, and another.

Within a week of launching my business, I had contracted with two new clients!

They always need to fill their sales funnel.

In times of economic uncertainty, companies often outsource lead generation and sales efforts, which cost less than hiring an employee. As a result, I soon had more business than I could handle and began building a network of trusted partners to assist.

But, there’s more to the story.

When I take a broad view, I believe my ability to launch and sustain a business was largely driven by two things:

It takes action to make positive change in your life. Baby steps. Big steps. It’s all action. The key is to BEGIN and don’t stop. Begin and the way will appear!

A related article in Fast Company magazine recently told the success story of Hamdi Ulakaya, Founder of Chobani yogurt. When he originally bought a decommissioned Kraft factory to start a yogurt company, he had no idea what he was doing.

“I did not know business. Innovation, marketing, branding, financing. I had no idea of those…”

But, Mr. Ulakaya knew his team had to START by DOING SOMETHING. So, he told his small group of employees to begin painting the outside of the building. Seriously. That’s how they began.

“Painting that wall became our thing. [Now] we never sit around and wait and wonder, What are we going to do next? We always come up with the ideas while we are doing something.” (Fast Company, February 2017)

Cool, right? But, in addition to taking action, you must maintain a positive outlook or you can quickly get discouraged by little setbacks.

What messages do you tell yourself about your abilities and your potential for success?

Once aware of your thoughts, you must consciously shut out the negative and SEEK out the positive. Read positive books. Listen to inspiring seminars or CDs. Start a new, positive habit and don’t give up.

This may take practice – especially if you’re not used to it!

Be persistent. Think positively. Take action. And, “Fake it till you make it!”

How you ACT and what you THINK are huge predictors of your success.

I wish you the courage to step out and take a chance. Take action – even just a small step:

Act it, think it, and you will be it.

As for me…I now sit overlooking a beautiful river from my sun-filled corner office in a renovated mill building. This is exactly what I envisioned when I developed the “SunStream” business name many years ago.

Now, here I am. It’s 2017 and my vision has been realized. But it took action, positive thinking, and a desire to never give up.

Do you think you CAN? If so, then go take action and get started! It’s Time.

Need better results from your B2B marketing and sales efforts? We can help. It’s what we do.

There are important marketing trends emerging...

The #1 Barrier to Success…It Could be YOU

Success is often molded by the people with whom we...
View All